The Motifs of Chikankari 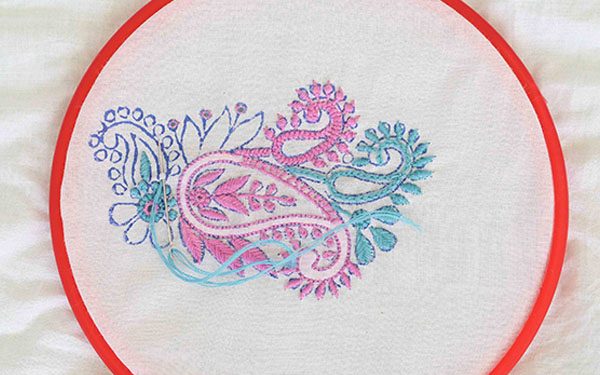 The Motifs of Chikankari

What is a Motif?

A motif is a unit of design, a significant theme, subject, visual element or idea that is consistently repeated in or woven throughout the foundation of something, especially an artistic piece. The term describes any key idea that is emphasized in a creative piece through consistent repetition. So, in short, if we have to define motif it can be explained as a design that consists of recurring shapes or colours. Motifs can be orchestrated in variable approaches to make a visual movement by shaping a cadenced flow. How is this rhythmic flow formed with the motifs? Singular or distinguishable elements in a design or composition or can be repeated many times to form a certain rhythmic flow. Motifs are made one at a time and joined together to create larger work. 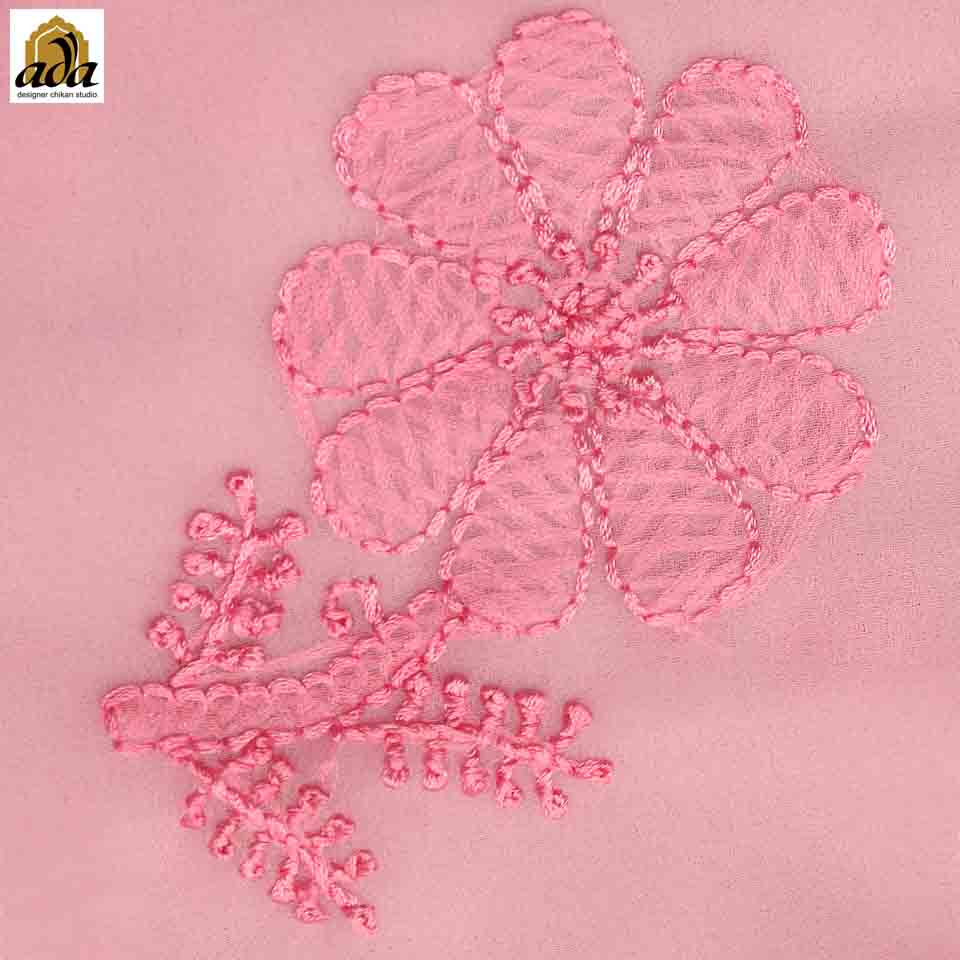 The theme for most of the motifs today is stylised articulations of the Mughal time. The source of most design motifs in Chikankari is Mughal which draws their inspiration from Persian designs. Mughals’ traditional attributes reveal their affection for nature and landscapes. The greater part of their manifestations was guided by a pre-characterized format, propelled by nature and Mughal courts. Mughals were incredibly enlivened by the Persian culture. Be it the rich plum weaving or the thick embellishments, geometrical and flower themes are seen widely in the Mughal workmanship are each of the delineations of the Indo-Persian ties. Motifs like flower, petals and leaves resemble the designs used on Mughal architecture like the carvings on the doors, windows, floors and ceilings. 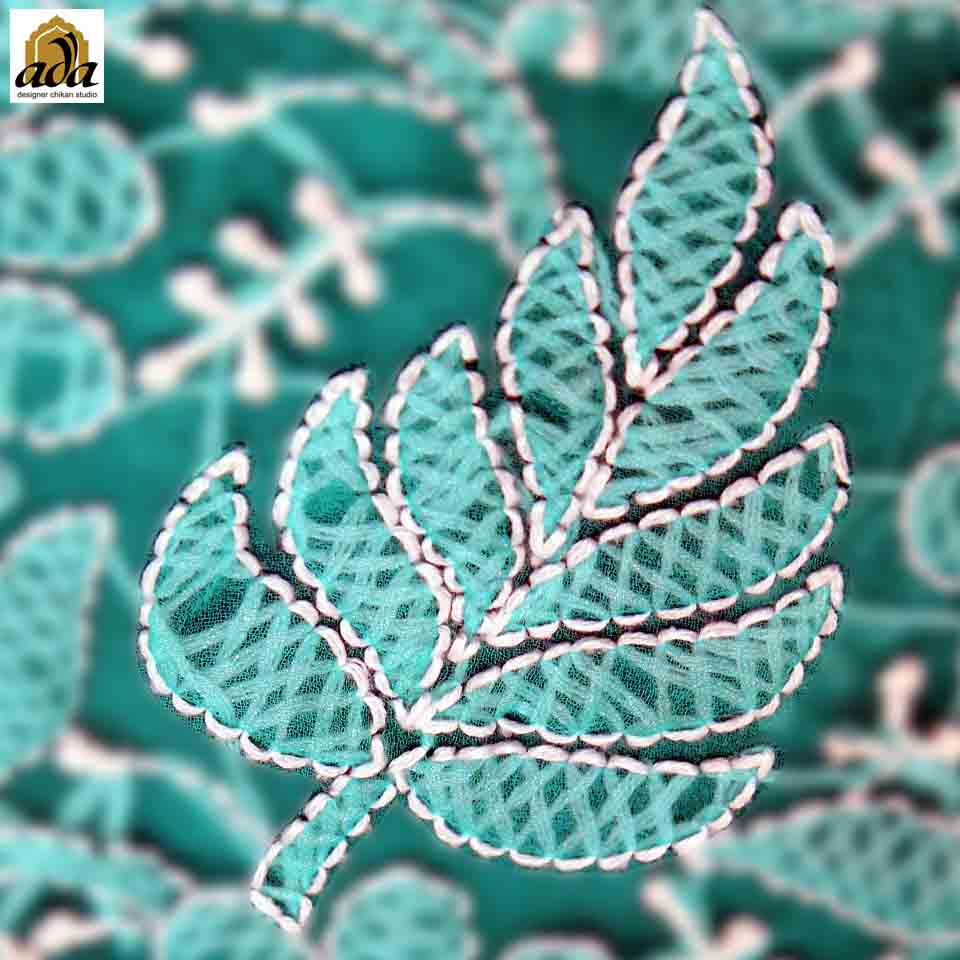 One can see adornment of these motifs on the renowned Mughal architectures like the Taj Mahal and Red Fort in Agra and the monuments which are in Fatehpur Sikri and also the famous monuments like Humayun’s Tomb in Delhi. The most common motif used in Chikan embroidery of Lucknow is that of flowers and paisley, these motifs depict the stories of nature. Mughal designs and architecture were hugely inspired by Persian themes that’s why we can witness huge fondness for natural objects like flowers, paisley, grass and creepers.

Let us take you to the world of renowned and mesmerising motifs which are used in the realm of Lucknowi Chikankari to create exquisite designs and supreme craftsmanship.

Paisley Motif: Paisley is a vegetal theme, frequently moulded like a bead or kidney bean. The shape of the paisley motif can be best depicted as a comparable shape of a mango. The symbol of paisley was called boteh (the Persian word for bush or bunch of leaves) which is outwardly a mix of a splash of floral components and a cypress tree. 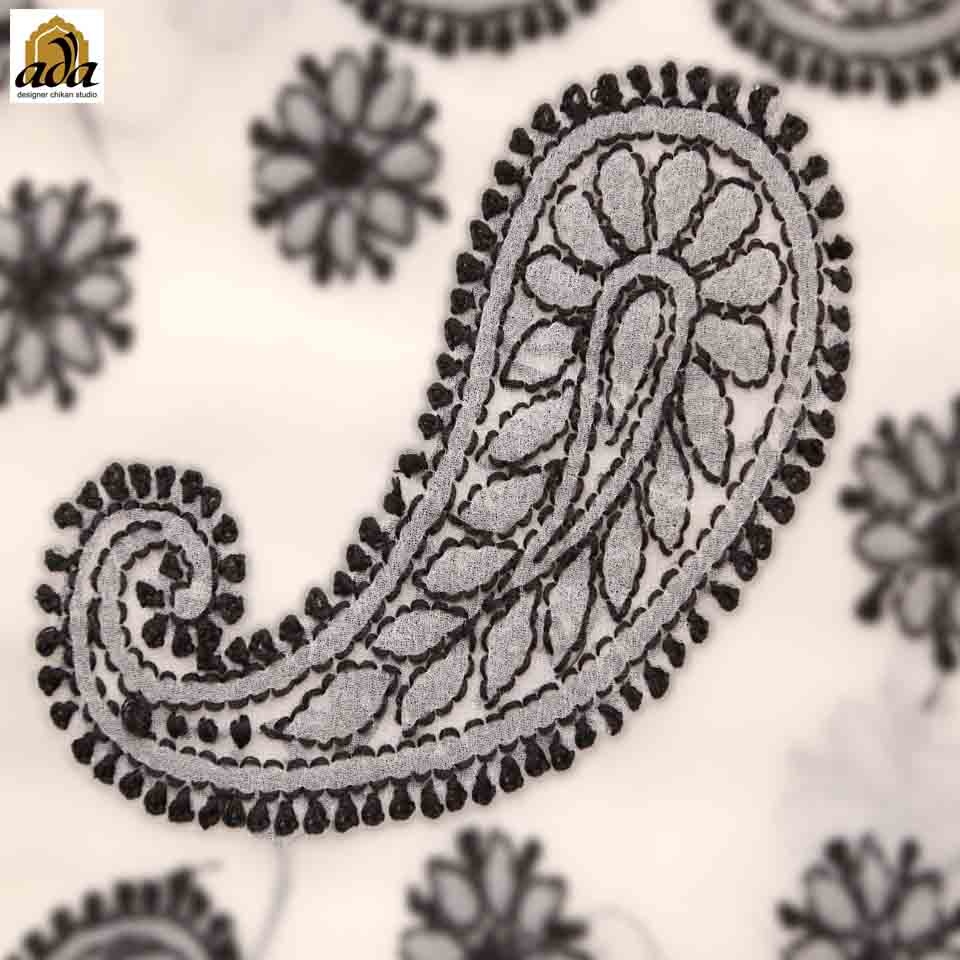 Floral Motif: Floral motifs can be seen on the majority of the chikan embroidery patterns they are quintessential in chikan work designs. Due to the substantial impact of Persian touch on this art, floral motifs continue to be an essential part of this embroidery. The stylisations of floral motifs may have varied throughout time to keep up with evolving style trends, but in general, the designs have remained fairly intricate and delicate. 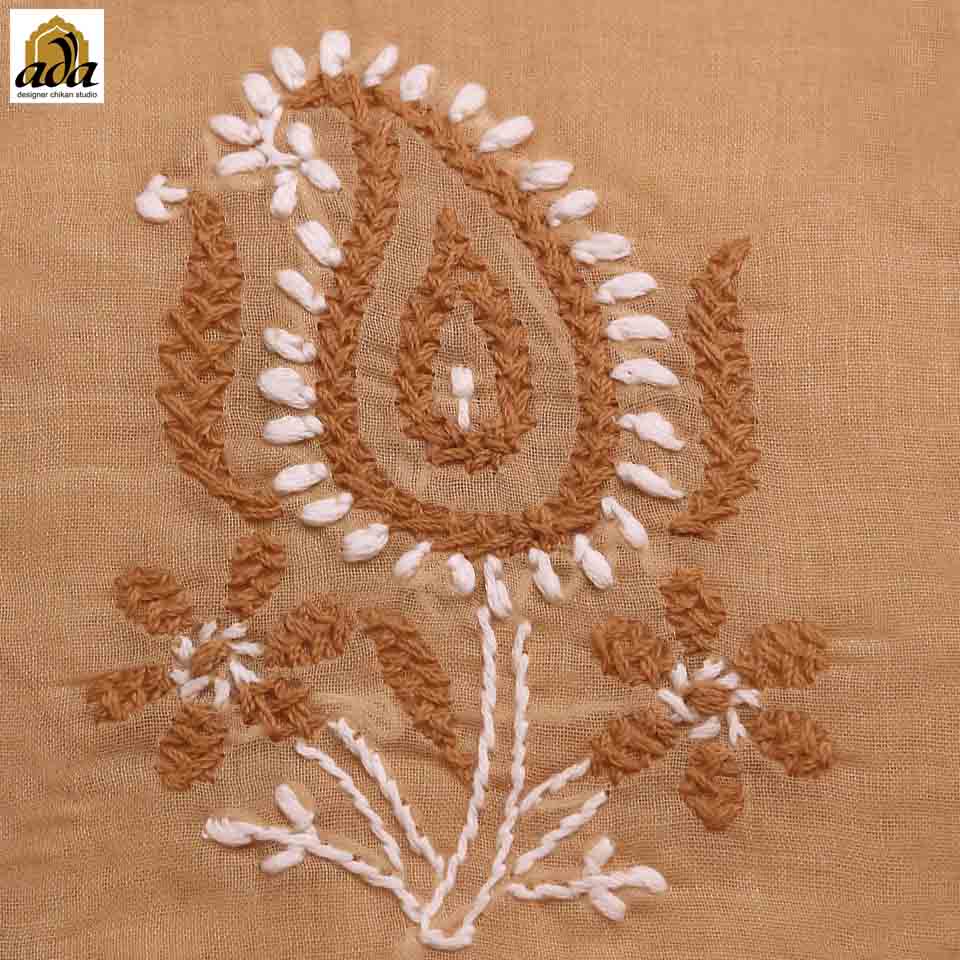 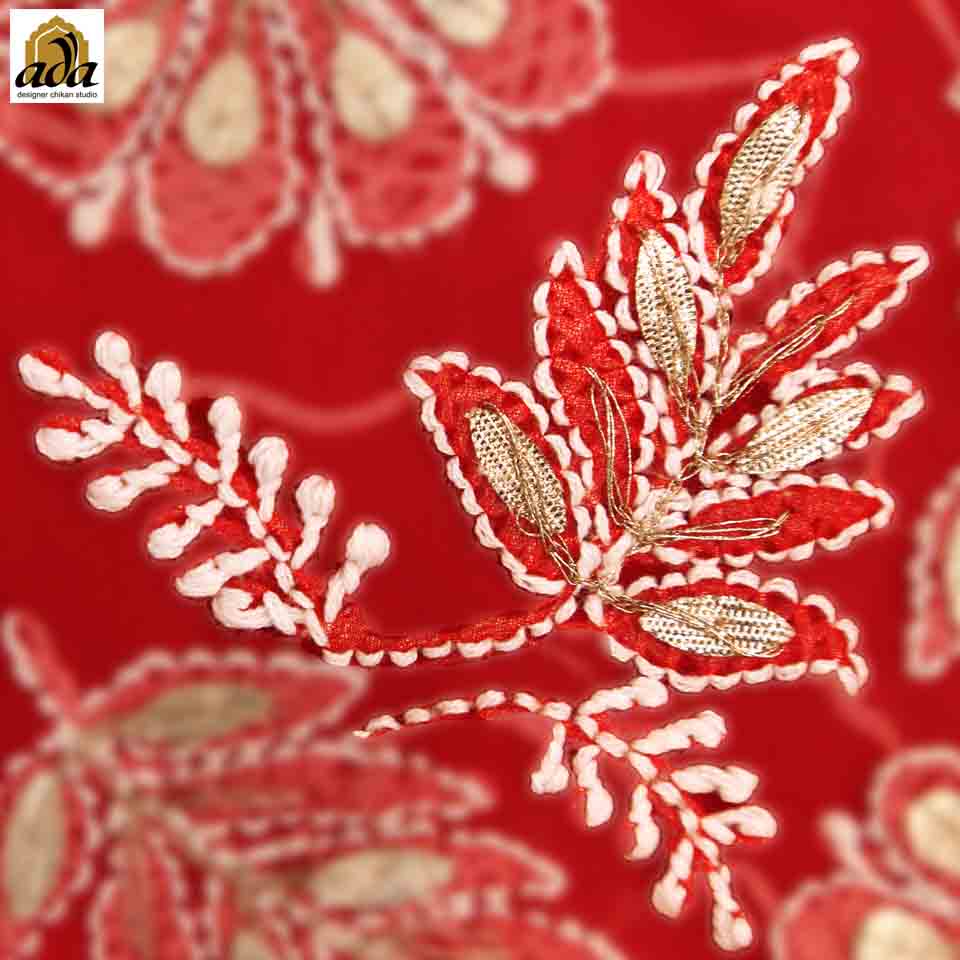 Petal Motifs : Petals are one of the commonly practised motifs in chikankari designs. Petals are usually created with flowers to enhance their beauty. 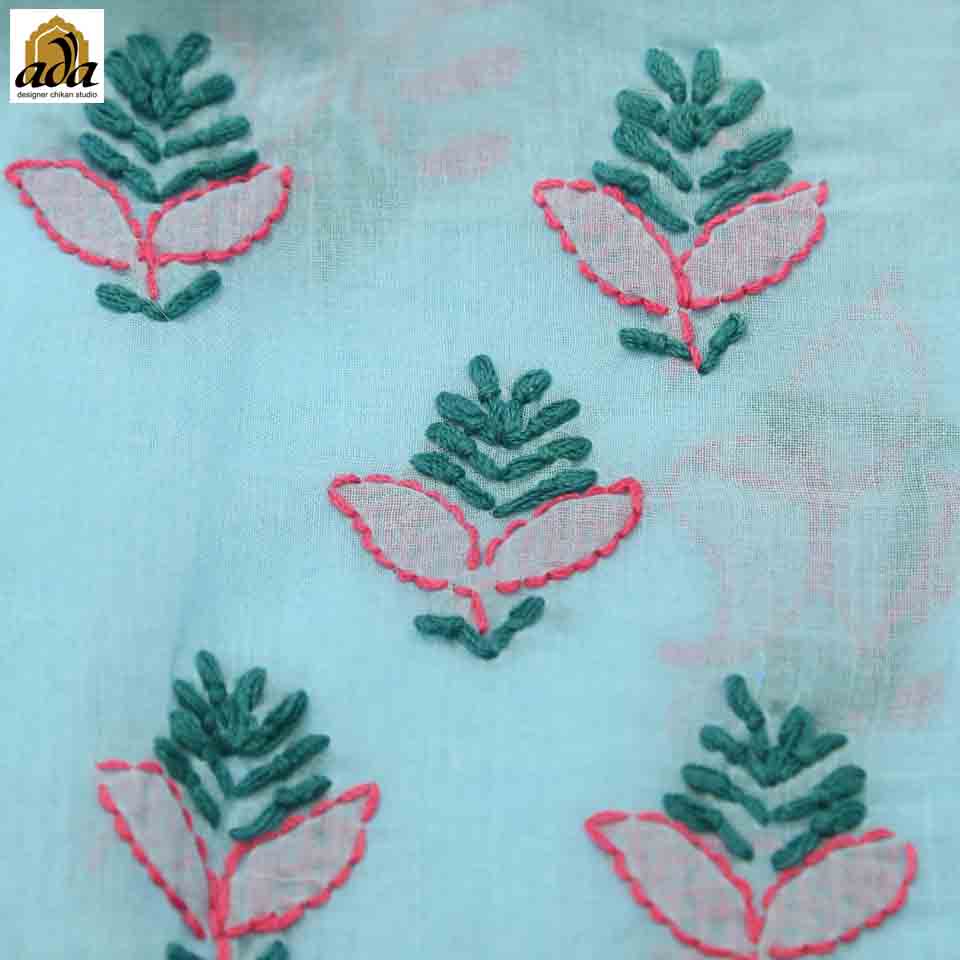 Motifs in the shape of birds and animals like peacock, butterfly and elephant are popularly practised in chikan embroidery. 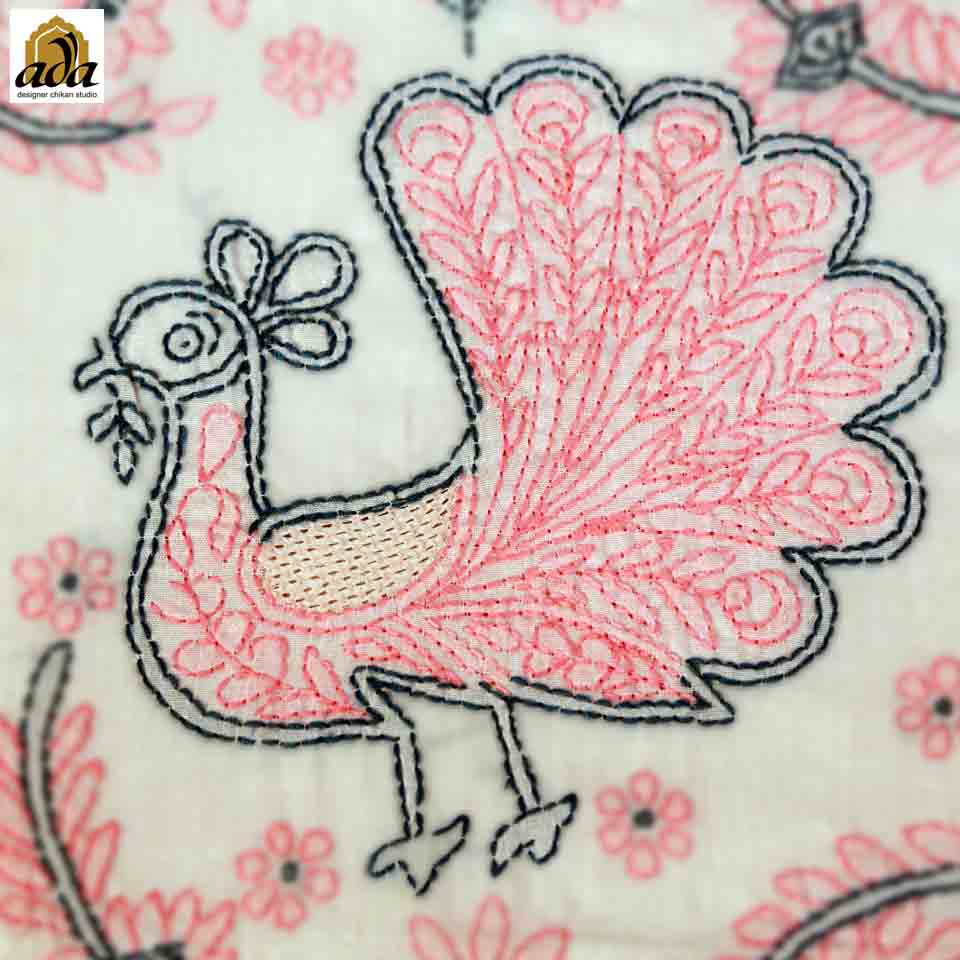 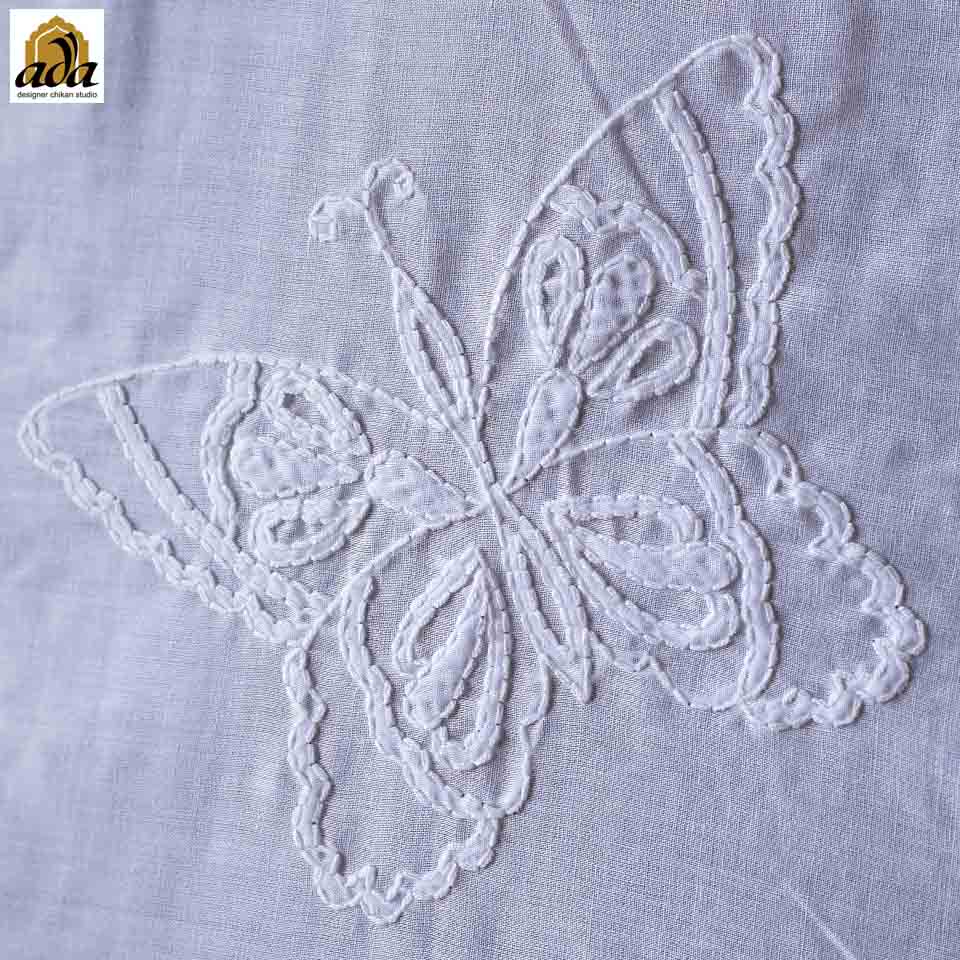 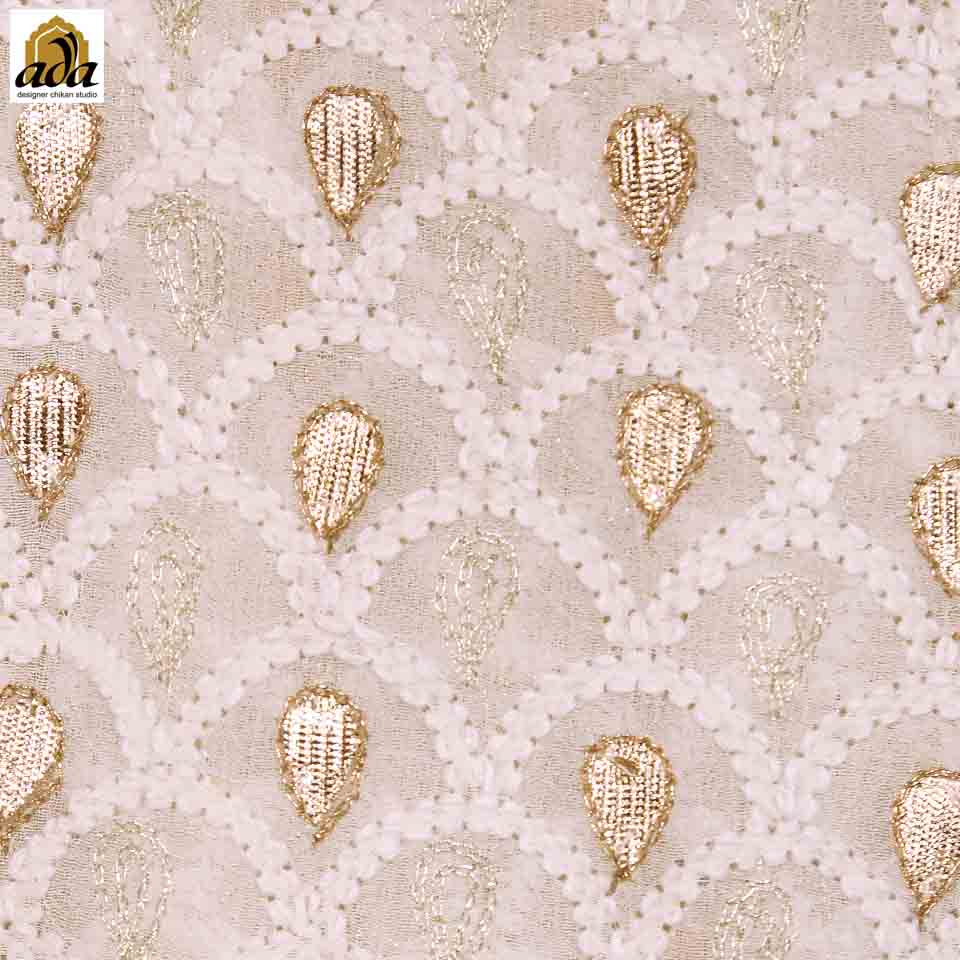 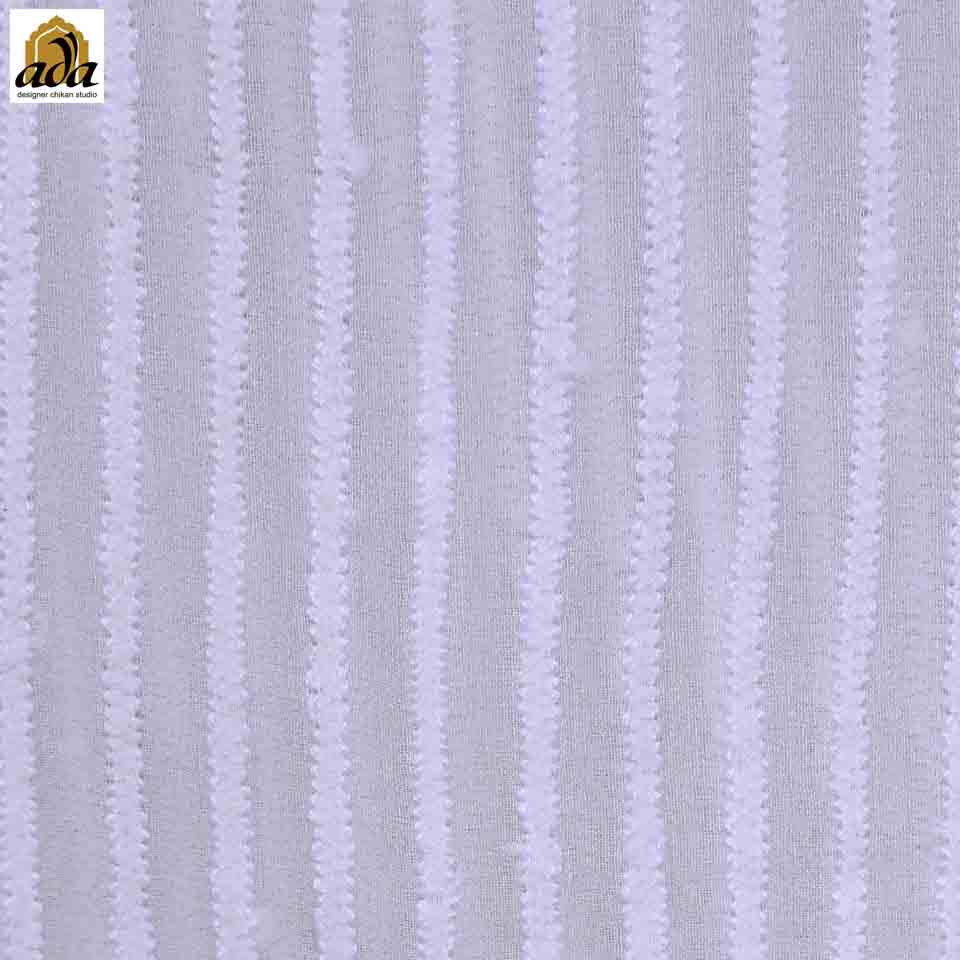 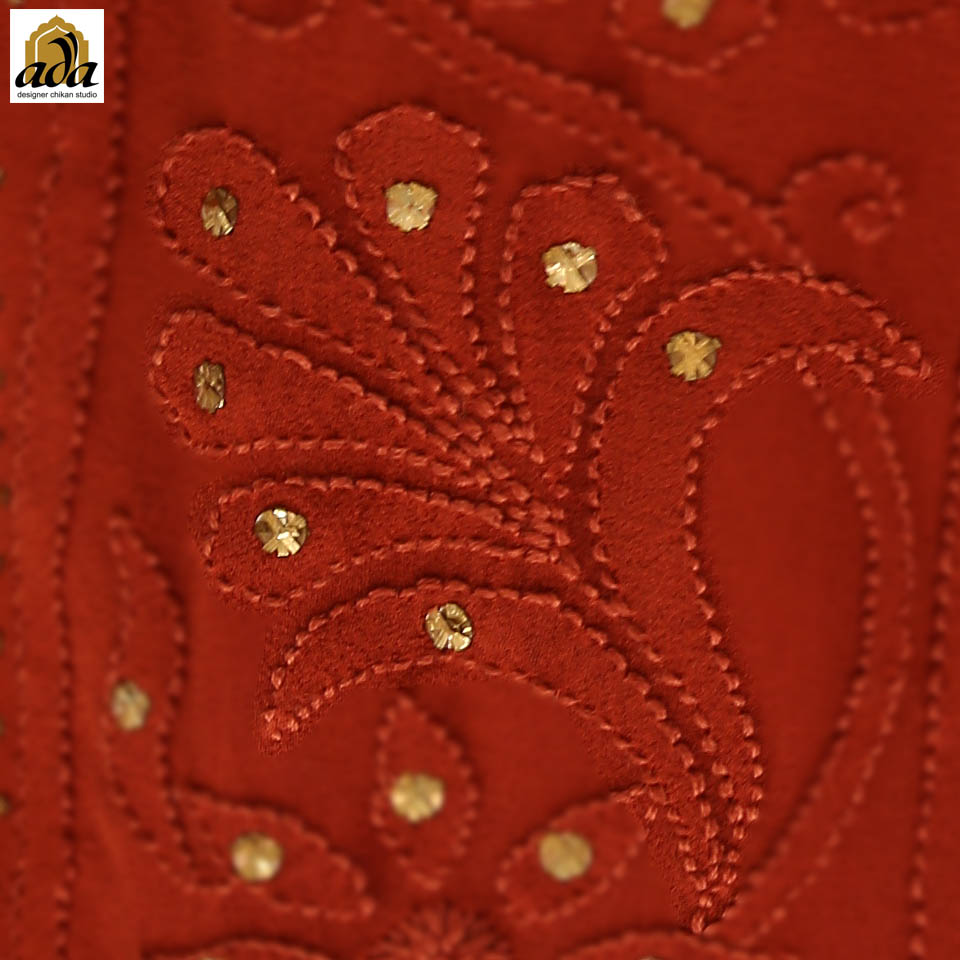 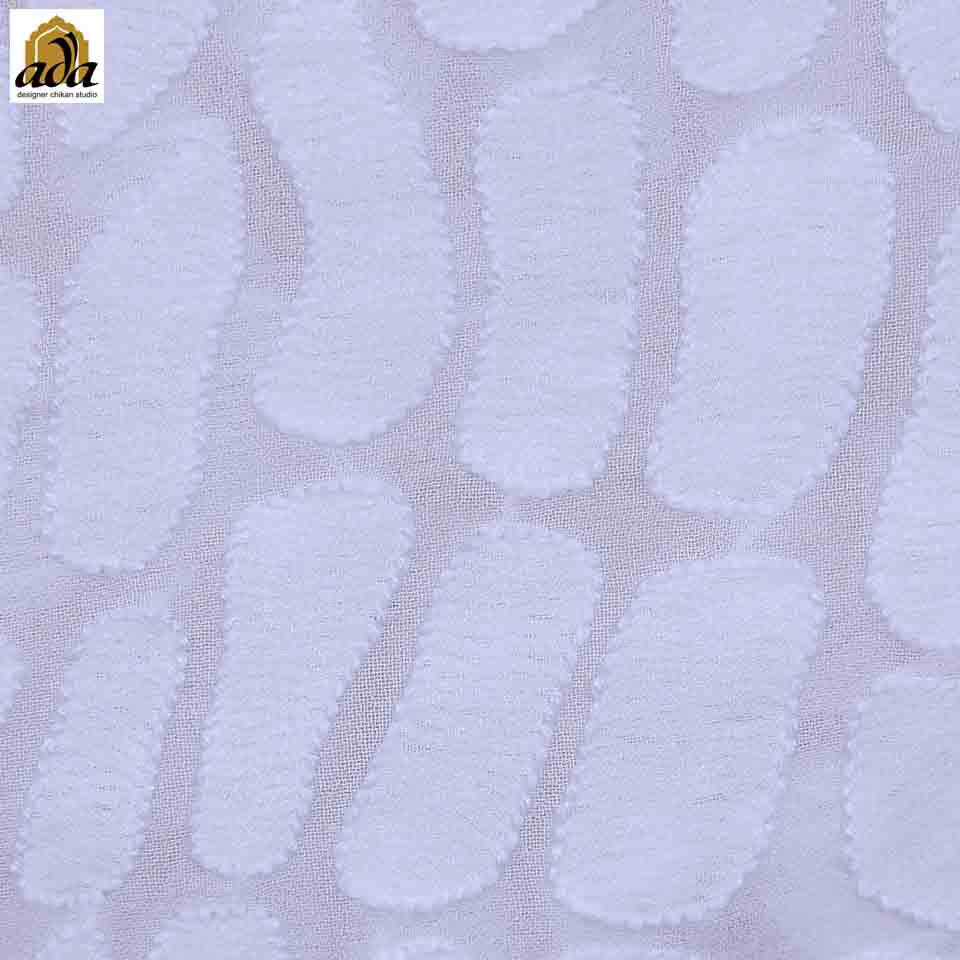 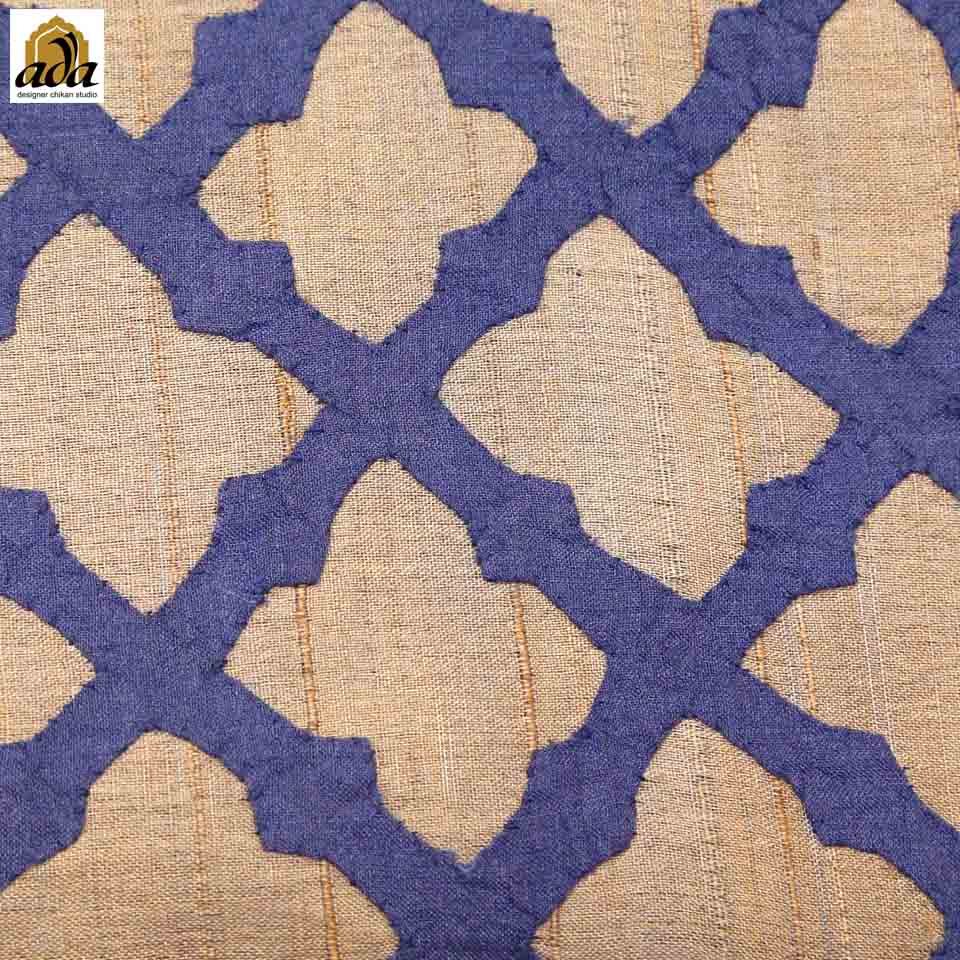