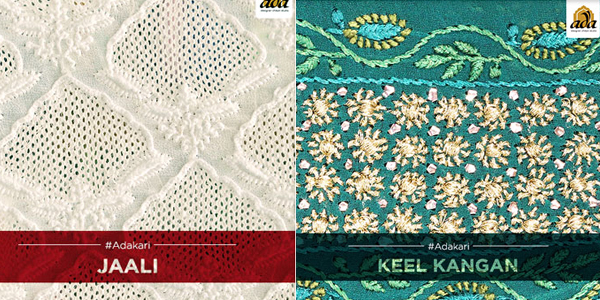 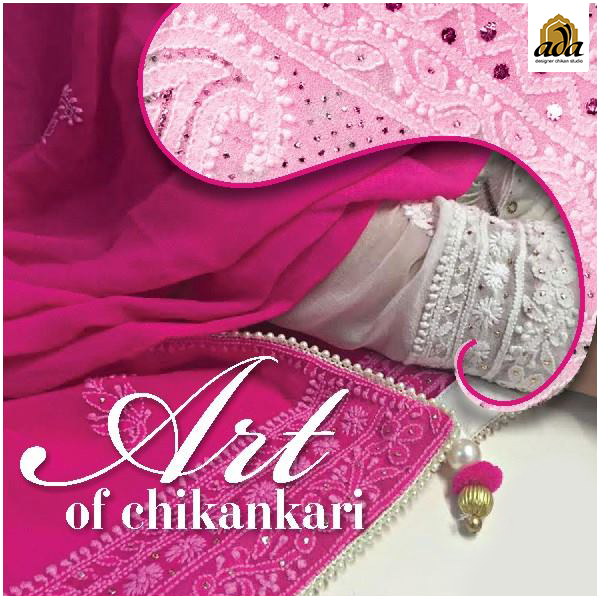 Lucknowi Chikankari is one of its kind hand embroidery, a variety of stitching styles are involved in chikan embroidery. It takes many years for an artisan to master the techniques of chikankari, chikan embroidery requires discipline and precision of detail in its formation. As a result, this art cannot be replicated anywhere. There are 32 stitches of chikankari, which are broadly classified into Raised stitch, Embossed and Flat stitch and Open Trellis.

Let’s take a look at some of the famous stitches which are practised in Chikan Embroidery of Lucknow:

Flat Stitches: these stitches merge with the fabric and give an impression that embroidery is itself the texture of the fabric. 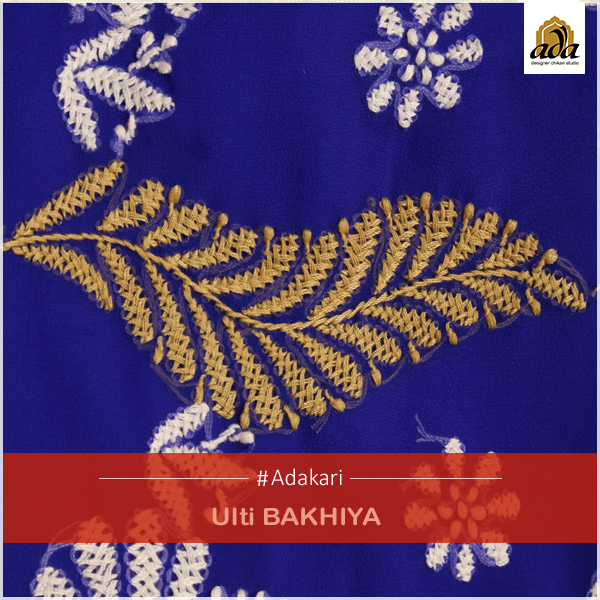 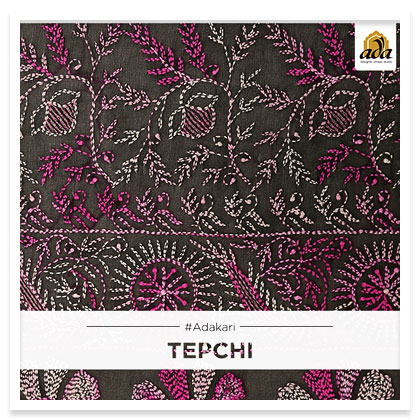 Embossed/ Raised Stitches: As the name suggests it means to carve with a raised effect on the fabric. It provides a grainy appearance to the fabric. 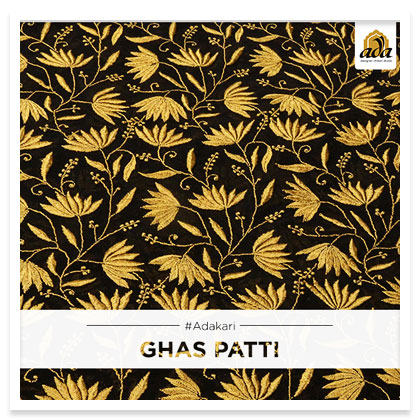 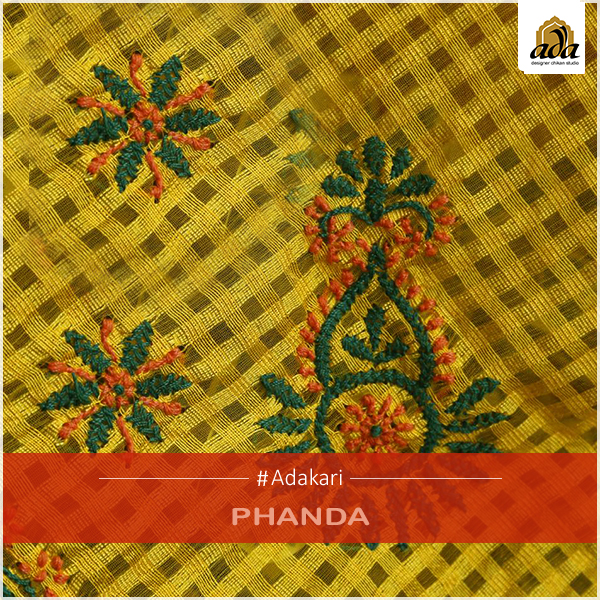 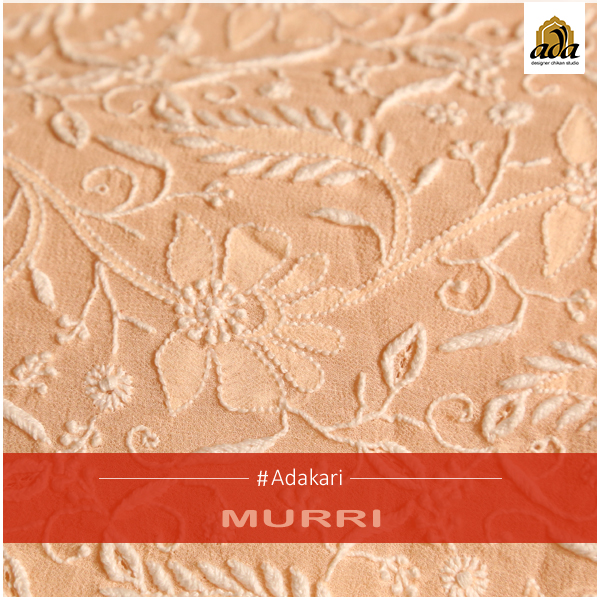 Open Trellis: stitch is one where the thread is never drawn through the fabric, they are made by teasing the warps and weft yarns apart by needle and holding them in position by small stitches to give it a net effect. This process creates jaalis and regular holes in the fabric. 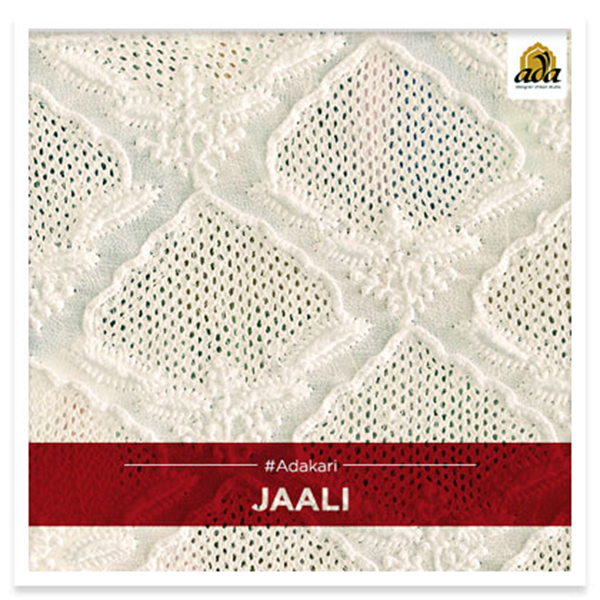 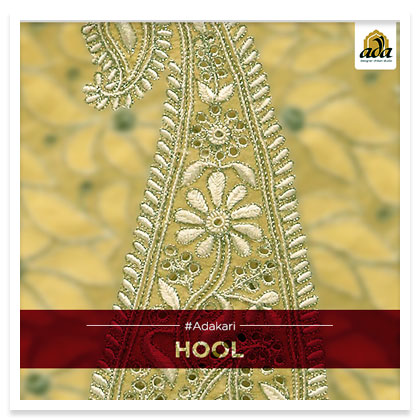 The other stitches which are used in chikan embroidery are:

Daraz is basically a steam stitch drawn with two sides of overlapping fabric cut into various shapes, which were then hand sewn to give a seam design. ‘Machhli’, ‘Singhara’ and ‘Sitara’ are the famous Daraz stitches used in today’s time. 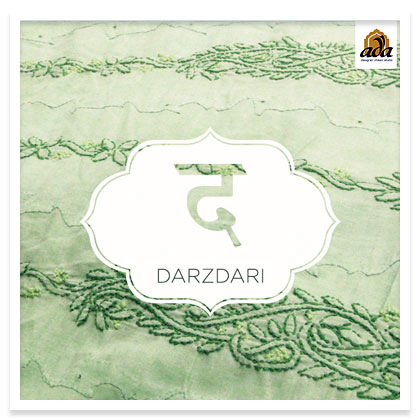 The Making of Lucknowi Chikankari